Little progress in 30 years on eradicating
poverty in Australia “Poverty is not an accident. Like slavery and apartheid, it is man-made, and can be removed by the actions of human beings.” Nelson Mandela.
Jacqueline Phillips (Director of Policy and Campaigns Australian Council of Social Services) was the keynote speaker at the recent Anti-Poverty Week conference on Australia’s Human Rights Future. Jacqueline’s previous role as the National Director of Australians for Native Title and Reconciliation (ANTaR), and a long history with social service organisations, qualified her to draw together the significance of social security, housing, homelessness, disabilities and community development in providing focal points for assessing Australia’s progress in recognising the human rights of all its citizens, particularly the marginalised. Read Michael’s article in full.

Are disadvantaged groups being denied a voice? Three million Aussie voters missing from the count. Why it matters who votes, and how.

“At first glance, there might not seem to be much of a connection between social justice and voting methods, but there is. Research in the USA shows that areas with high concentrations of non-voters, who are usually less well off, are ignored by the political parties and policymakers, such that their social disadvantage is exacerbated. This is a good argument in favour of Australia’s system of mandatory enrolment and voting. But we too have problems with effective turnout. As in 2010, nearly three million otherwise qualified electors did not cast a vote that was entered into the count on 7 September 2013.”
Brian Costar is Professor of Victorian Parliamentary Democracy, and the Director of the Democratic Audit of Australia. A frequent media commentator on state and federal politics, he has written widely on contemporary political issues. 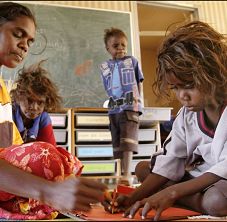 Australia is not favourably placed among OECD countries when it comes to the worsening challenge of income inequality. Professor David Hayward presented OECD data to illustrate this, suggesting two causes— tardy economic growth, and neoliberal thinking. Historically, Australia has treated its poor badly, although we now do so more extensively and intrusively than ever. This is especially so for those who continue to be disproportionately poor, who include the unemployed, single parents, and Aboriginal and Torres Straight peoples. Read Michael’s article in full.

Minimum wage increases in recent years have failed to tackle poverty among the lowest paid workers. In an article published by the Australian Institute of Employment Rights, Brian Lawrence, Chair of the Australian Catholic Council of Employment Relations, explains how wages for full-time workers with families have fallen sharply below the rising poverty line (60% of the disposable income of the median household). Poverty is affecting one in six workers and their families “who do not have the capacity to bargain for higher wages and a way out of poverty”. Read Brian Lawrence’s article, The failure of minimum wage decisions to tackle poverty.

Not in my name!

Nowhere to lay their heads: homeless in Melbourne.