Daily newspapers are seldom the source of uplifting stories. Recent weeks have been no exception, with the usual catalogue of adversarial politics, serious accidents, violent crime, Royal Commission outpourings, stock market alarms all well represented. However, seizing a place on front pages has been a further set of scandals highlighting the business failings of large corporations and wealthy elites.

Jenny Macklin has not been idle while in Opposition. After two years of research and consultation, the former Families Minister has produced a 138-page report entitled Growing together: Labor’s agenda for tackling inequality. It is, she claims, “a significant piece of research”, directing our attention to the facts that, despite 25 years of sustained and indeed unprecedented economic growth, inequality is now at a 75-year high, 2.5 million Australians live below the poverty line, hundreds of thousands are unemployed, and one million are in insecure work.

Concerned about exacerbating the trauma already experienced by refugees and asylum seekers, the Australian Churches Refugee Taskforce has been gathering momentum in rediscovering the notion of sanctuary, offering shelter, food, clothing, and support to asylum seekers, in defiance of what is seen to be an unjust system. More than 100 churches across the country have joined this sanctuary movement, risking criminal sanctions to protect our vulnerable neighbours.

The sad reality is that over 600,000 Aussie kids – 17.7 percent of all Australian children – are living in poverty. This statistic at first seems too high. But, many times, I have returned to the report by ACOSS, Poverty in Australia 2014, to confirm this statistic, hoping I’ve remembered it incorrectly – but there were the figures.

The fake discussion on state taxes

There are numerous proposals for increasing revenue without increasing tax rates. The most recent was from the Committee for Economic Development of Australia (CEDA). That committee suggested several ways in which revenue could be increased without increasing income tax.

BBSW – too dumb to understand?

The reactions of ANZ and Westpac management to recent legal actions by ASIC alleging manipulation of the Bank Bill Swap Rate (BBSW) benchmark are instructive of the attitudes of the major banks.

Naomi Klein. This changes everything: capitalism vs climate change

Klein is not out to convince the reader of the dangers of climate change – that is a given. More importantly than this, she sees climate change as an opportunity. Her thesis is that modern capitalism is incompatible with saving the planet. Klein does not deal in half measures. She argues that the changes required to stay within safe limits of warming have diminished to the point at which they cannot be achieved within global capitalism. 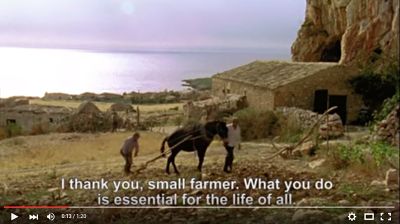