A glimmer of hope?
Or just a passing moment?

The fact that almost one in seven Australians, including more than 600,000 children, live beneath the poverty line is a scandal for a country as well-off as Australia. Budget measures need to be crafted to address the structural causes of poverty, not to penalise those who find themselves disadvantaged. Donations welcome.
Nibbles and drinks offered after the talk.
Download the flyer.

Copies of Peter’s recent book, Not Quite Australian: how temporary migration is changing Australia, published by Text, will be available for purchase at the talk.

What has happened to the Sustainable Development Goals?

The Brown to Green study by Climate Transparency argues that Australia is a laggard on climate action (the critical Goal 13 of the Sustainable Development Goals SDGs); indeed, we are the only G20 nation judged ‘very poor’ in four of the seven climate categories. This unflattering assessment for Australia from a respected international source comes as the Federal Government and Opposition in budget-fix mode consider a cut of over $1 billion for clean energy technologies (the Australian Renewal Energy Agency).

World religious leaders at Assisi: be partisans of peace

It was a message sorely needed today. Pope Francis said at Assisi to leaders from world religions, that authentic religions must only advocate peace and reconciliation among peoples, and never be used as an excuse for violence or war. Religious leaders must be ‘artisans of peace’. The Bishop of Rome said the meeting was for “prayer, penitence, and crying, because the world is at war. God, the father of all, Christians and not, wants peace. There’s no god of war”.

Can anything good come out of New Zealand? Well, our Government thinks so. It’s fallen for what’s called the ‘investment approach’ to social welfare reform, a New Zealand initiative in operation there for nearly five years. Its appeal is that it is designed to curb welfare dependency. Despite the praises being lavished by our politicians on performance of the New Zealand economy, a visit there soon reveals obvious social inequality. The top 10% of the population owns 60% of the wealth, the poorest 40% just 3%. Much of the workforce is casualised, pay rates are far lower than in Australia, and the supermarket checkout operators are collectively the oldest anywhere on earth, packing your small but expensive bag of groceries.

Peace, of course, was required by classic just-war doctrine as the ultimate purpose which justified war.  But, in this doctrine, peace was invoked to justify violence. In the pacifist view, truly just peace cannot be attained by violent means; to claim that violence can be a means to true peace would be a contradiction. Thus, genuine pacifists insist that peacemaking must be non-violent. How might we describe a spirituality for this kind of pacifism?

Putting carbon back in the land is just a smokescreen
for real climate action:
Climate Council report

Martin Rice & Will Steffen
(from The Conversation)

Last December, Australia joined the rest of the world in pledging to do everything possible to limit global warming to no more than 2 degreesC above pre-industrial levels, and furthermore to pursue efforts to limit the increase to 1.5 degreesC. Yet Australia lacks a robust, credible, long-term plan to cut Australia’s CO2 emissions from fossil fuel combustion.

In New York, Prime Minister Turnbull said he regretted the involvement of Australian Super Hornets in the bombing of Syrian Government soldiers, which killed some 90 soldiers who were fighting against ISIS. This underlined the fact that Australia should not be involved. In Washington, he confidently said he had received a defence briefing on Syria and on the coming defeat of ISIS. Has he forgotten how inaccurate Washington’s defence briefings were on Vietnam, Iraq, and Afghanistan, which have led us into three losing wars? There can be no military solution to what is happening in Syria, and Australia cannot act to assist in breaking the ongoing deadlocks. Imagining the Ecumenical
A Personal Journey

By John D’Arcy May 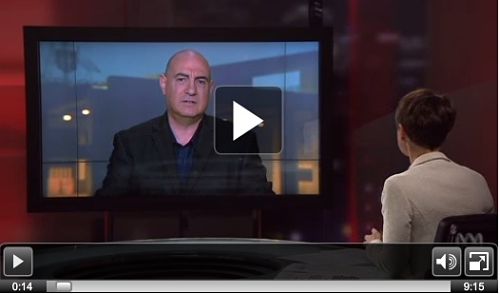