Wiring social justice into the economy

What we need today, according to Professor Paul Smyth, speaking at our SPC Forum on 5 December, is a national vision which reinstates value-based aspirations for the growth of Australia. It is not that these aspirations have been lacking in our society. It is rather that, over time, we have successively dismantled the institutions and regulatory reviews which were the means for the voices of informed and non-party politics to be heard.

Australian history tells us that we (and not just ‘the market’) can make the right decisions when an agreed direction is shared. Examples cited included the notion of a ‘fair go’, informing decision-making in the early days of Federation. Equally powerful was the shared conviction after WWII that Australia should commit to full employment.

Did Pope Francis succeed
in Myanmar?

Some western groups, including Amnesty International, have criticised Pope Francis for not speaking strongly against the persecution of Muslims in Rakhine state and their expulsion into Bangladesh. His advisors, and especially the Myanmar Cardinal Bo, urged the Pope not even to mention the word ‘Rohingya’, lest it be seen as provocative in the agitated local political climate, resulting in further conflict, including against Christians.

Pope Francis has protested about the plight of the Rohingya in Rome on several occasions; his views are well-known. He would have been foolish to ignore the advice of the local church in Myanmar, which asked him to avoid the possibly inflammatory word, but to speak to the issues, nonetheless.

Few listening to the Pope in Myanmar during 27-30 November were in any doubt about the meaning of his talks, which were scrutinised very carefully.

The public policy miasma stupefying contemporary Australian politics is painfully evident in the 2017 Foreign Policy White Paper. It is primarily characterised by its nostalgia for the security blanket once provided by the British Empire, and subsequently by the ANZUS alliance. It fails to come to grips with three fundamental weaknesses in Australia’s foreign policy making: (i) the lack of a clear understanding of Australia’s middle power imagining, (ii) the true costs of the American alliance, and (iii) the country’s deep cultural ignorance in its dealings with China.

Australian prime ministers and foreign ministers are fond of asserting that the country is respected as a middle power in regional and global forums. They variously describe Australia as ‘punching above its weight’, and as a ‘global citizen’, while campaigning, for example, for temporary membership of the United Nations Security Council and the UN’s Human Rights Council. But rarely do they explain what they mean by ‘middle power’, or what kind of middle power they believe Australia actually is.

Middle powers are characterised as in-between states in the hierarchy of global powers. They neither loom ominously over world affairs like great powers, nor are they irrelevantly small. They speak louder than small states, while trying to influence big states – sometimes in support of a rules-based global order, more often to advantage themselves amid the chaos of the contemporary internal system (or non-system).

If ever there were an industry at an inflexion point, it is our electricity supply industry. In most states, supply has long come from black or brown coal used to fuel large generators in the coalfields by state-owned monopoly enterprises. We now have major changes and challenges: privations of the industry in several states, climate change, substantial tariff increases, and potential supply instability.

Reducing our CO2 emissions, curbing escalating price rises and security of supply are all important objective to address these. But to achieve all three is a hard ask.

Francis’s World Day of the Poor. “The poor are our passports to paradise”

Even atheists, agnostics, and humanists, as well as people of the great religious traditions, would likely welcome Pope Francis in June 2017 instituting a new World Day of the Poor. While a shallow and at times vulgar commercialism trivialises the profound religious meaning of Christmas, the World Day of the Poor highlights our God-given responsibility for all in distress.

Francis has surprised us by instituting this new World Day of the Poor, to be commemorated every year just before Advent begins preparing us for Christmas. Yet this innovation is reiterating a constant theme of Pope Francis about our responsibility to end extreme inequality and poverty, and transform our world, to ensure peace, social justice, and care for the environment.

For the last four years or so average wages in Australia have barely kept pace with inflation, meaning no real pay rises. And all the while, the government has been betting on the market to improve things.

As the labour market tightens, that’s obviously going to lead over time to a boost in wages.

As the Treasurer asserted, economic theory says these conditions should lead to rising wages, but they aren’t. The country continues its record run of 26 years of economic growth and the banks and other big corporations continue to post record profits.

The Reserve Bank of Australia is at a bit of a loss, speculating at its latest meeting that maybe globalisation and technology are to blame.

However, to understand what’s really going on it’s helpful to look at something most economists and politicians ignore: history. 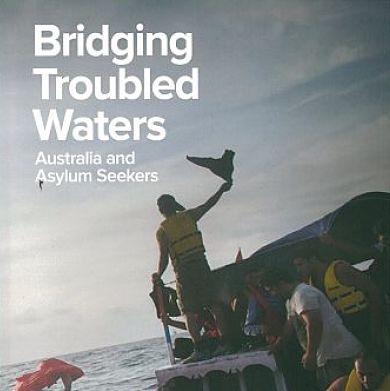 SPC News April 2018. Shaping a just society: a place for a Christian worldview?